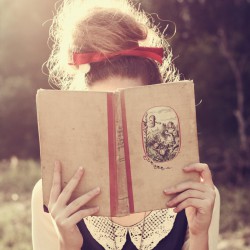 Can somebody please make a movie out of this?

First of all a huge thanks to all those who had vouched for the series and had told me to get on the sequel as fast as I can. I owe all you guys for the fun time I had reading this book. Practically everybody who had seen my review of cinder had told me that the sequels are even better and true to all your words Scarlet was just fantabulous

Somebody please give me a million dollars so that I could make a movie out of this series or at least hire a good director to do so because the book is that good and in each page I could see a movie script as it was that vivid and clear.

After having read both the books,  I realized that the author prefers to keep the romance subtle, unlike the in your face romance that is so popular these days. Fortunately the characters and plot have better things to do than sit in a corner and whine about heartache and emotional struggles and I love author for that

The book has romance for romantic hearts yet not enough to make haters of romance go berserk. There is no candy overloads and the whole book focuses on events rather than long talks and emotional evaluation.

Sorry, cinder I think I like scarlet more now.

The book in spite of being a sequel focuses on an entirely new character and plot but still holds on to the previous book strongly. I love how this book summarizes everything that had happened in the previous book so that even if somebody picks this book first, they won’t lose out on much (though I won’t advice reading this without going through first book)

The characters are sharp, full of essentials to draw you to them. The language is very fluid and the narration technique is very absorptive.

More than anything what I like is the theme and concept development. I think the author is genius. While most focus on narrating a story she has focused on building a base and had practically taken care of every detail. First, the fairy tale retelling, this in itself is brilliant, and then using these to thread together and entire series which to me is nothing less to genius. Each and every part fits perfectly and moves like a well oiled machine. I am in love with the series and I think I will someday write a poem for the author. (all I need is to learn how to write a poetry)

If you have seen the hype around the lunar chronicles then let me assure you that the series do perfectly live up to it. If the first book is good, the second is double in goodness. Everything just keeps you addicted to the series. The characters, the basic theme, and the way a classic fairytale is reconstructed to tell a dystopian tale and that too while maintaining a link to the previous book is very Einstein-y.